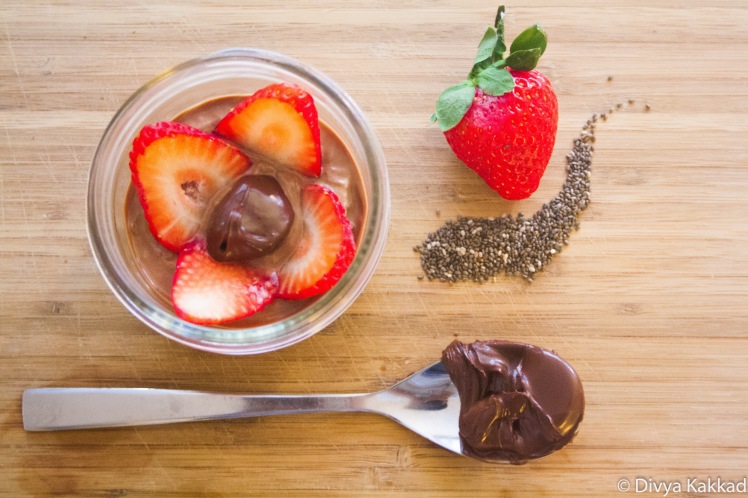 R and I have this terrible (or adorable depending on how you want to see it) routine of eating dessert together every night.  It started out fairly harmless with a piece  of dark chocolate while watching the late night news…which turned into “let’s go for a walk and get some Icecream”…which turned into “let’s just buy a few tubs to keep in the freezer”. And before we knew it, we are making dark chocolate ganache at home to pour over double scoops of salted crack caramel Icecream while watching the GoP debates. To be fair, watching Trump can do that to you. But I digress…

I don’t think we are capable of not eating dessert. We don’t possess such self control. I have a major sweet tooth, and R would have married a life sized bar of Valrohna’s 70% if it could say yes. He makes up by training hard and running marathons…I on the other hand scour the Internet for healthier versions of dessert. I first tried to make an easier (and not as healthy) version of this pudding by mixing a tbspoon full of hazelnut chocolate spread with yogurt and chia seeds which took care of my chocolate craving. But the combination of chocolate (and hazelnut) and yogurt isn’t for everybody. So I tried replacing the yogurt with almond milk and the store bought spread with raw cocoa and used maple syrup as a sweetener and that did the trick! I’m going to be making this in large quantities and keeping in the fridge for the upcoming week of Primary results….

1.5 cups Almond milk Unsweetened (you can use regular 2%milk too)

Handful of sliced Strawberries for topping
Method
Mix all ingredients except the maple syrup in a big bowl and whisk vigorously to combine. Once it’s all nicely combined, sweeten to taste with maple syrup at this time.

Scoop out into serving bowls. Cover and leave it to rest in the fridge overnight or at least 3-5 hours (or until it’s achieved a pudding-like consistency).

Add sliced fruit or nuts as topping before serving 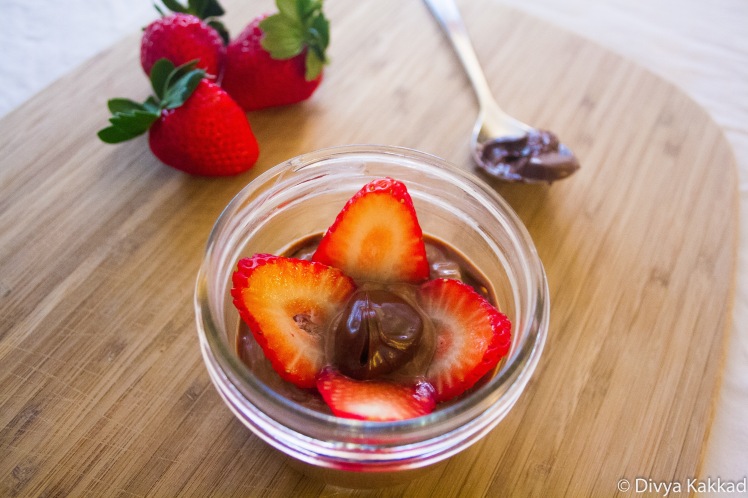